VOICE AND CELLO WITH HENRI DEMARQUETTE 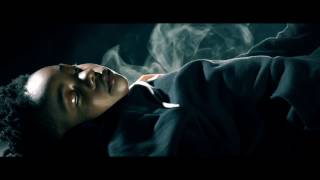 Voice and cello with Henri Demarquette

The cello is often said to be the instrument closest to the voice. Here we take this remark literally, or at least investigate the meaning by placing orders with today’s composers.

The realisation of this recording came to be as a result of a project of experimentation during numerous concerts. It can be listened to as a story and understood as a novel, with its incipit and its explicit. The program begins with the death of Didon by Purcell and concludes with an opening with Plonge by the Lithuanian Just Janulyte.

After Purcell, death still lurks in Svyati, by Tavener, dedicated to the memory of his friend John Williams, and then in The Lamentation on the Death of Gilles Binchois by Ockeghem, a tribute from a composer to one of his peers. It becomes pathetic, unbearable, with the tears of Mary crying for her son in the Stabat Mater by Éric Tanguy based on a poem by Philippe Le Guillou.

If tears are still flowing in Flow My Tears by Dowland, death has left the scene : it is the tears of an implacable distress that grips like the talons of an eagle. Immersed in the dark at first, Night's Birds by Thierry Escaich marks a progression towards life and gradually becomes lighter and ends up in the light. Jacob Clemens non papa reminds us of reality with a very profane Ô Souverain Pasteur and Maistre: you have to nourish your body in order to live. Métamorphoses by Philippe Hersant, whose texts were written by prisoners, tells of freedom against confinement, day against night. With the piece by Juste Janulyte we dive into the beyond, the timeless: here we are in weightlessness, having reached the end of this initiatory path that led us from the shadows to the light. // About the record /